It Gets Better, by Rabbi Jeremy Simons 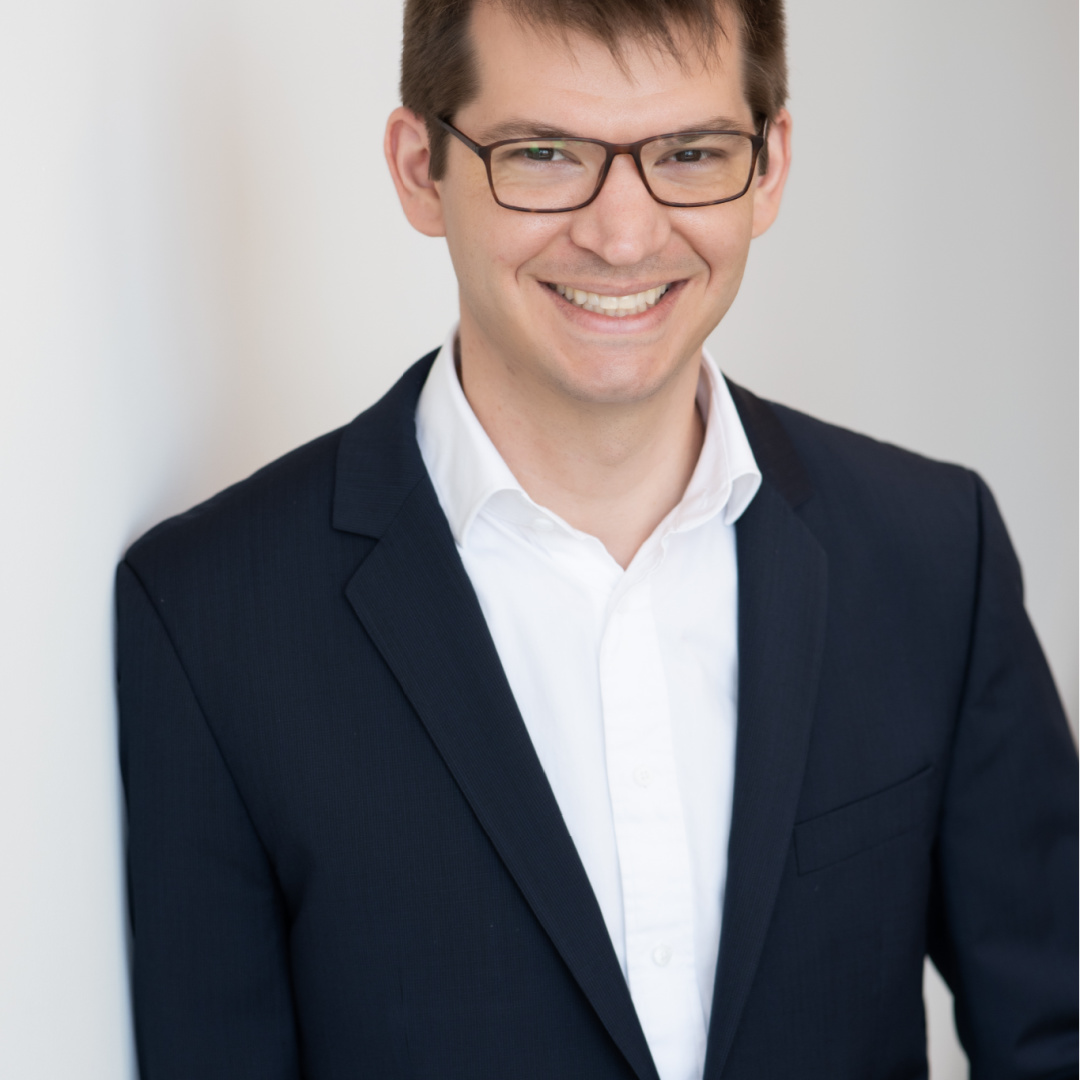 I want to talk today about Jewish optimism. But I must warn you, it’s a bit depressing. A few months ago we had to turn in our sermon titles and I went with “It gets better.” It has, by pretty much any measure, gotten worse. Much worse. But nonetheless, I stand here today to offer some thoughts on how we can understand the time between now and when we can again gather together safely.

I want to talk for a moment about how much worse it has gotten because I realize that it might not seem that way. I know for some, perhaps many of us, this time has not been so bad. Take a moment and think, what is the worst thing that has happened to you, personally, as a result of COVID-19? If I answer the question honestly, I can say I have had to learn to wear a mask whenever I leave my home, had to care for a young child while working, and have memorized the shape of the gap in the store shelves where the Clorox wipes would be, if they were ever there. On Rabbi Bess’ birthday we were not at a nice restaurant. On mine, we were not at a nice Waffle House. My life looks nothing like it did a year ago. And yet, if I am being honest, all that I have described and all that has changed amount to inconveniences and annoyances. I describe my situation because I know there are others that relate. What is the worst thing that has happened to you?

Let us consider how some people might answer that question: there is someone who has not seen her father since April because he is locked in a nursing home; someone with a second grader learning from a computer screen; someone tasked with teaching that second grader through a computer screen; someone who is immuno-compromised and every day has to guess whether he is risking his life every time he leaves his house. There are those that have lost a job, lost a business, lost a family member. There are those who never even got to say goodbye and must live knowing that their father, their mother, died in an empty hospital room because they could not be by their side. Those who only saw them at the funeral, and only through a computer screen.

There are those who must hear, day after day, that we have overreacted because the virus only affects people who have cancer or who are overweight, who have diabetes, who are elderly. So really, people say, we shouldn’t be this worried. What is it like to be told, day after day, it is not worth our collective inconvenience and annoyance to save your life?

Things have gotten worse not just because of the actual effects, but because of what it has revealed about the collective us. At a protest in May a man held a sign with three words: “Selfish, and proud.”

I worry that for some of us, it is easy to forget there are problems greater than the lack of Clorox wipes. The death rate for COVID-19 in America is 47 people per 100,000. That is for white Americans. Forty-seven per 100,000. For Latinos it is 65. For Indigenous populations it is 82. For Black Americans, it is 98. More than double. We live in a country where merely pointing that out is offensive to some; a country where many of us are only now interested in asking the how and the why behind the disparity in those numbers and are able to appreciate they are the end result of a country that unironically celebrated freedom and self-determination in its founding documents while enslaving its people and has never addressed and has never come to terms with that hypocrisy.

The how and the why of those numbers are the result of systemic racism — that is the only way to explain how twice as many from one group of people are dying from the same disease as another group. And we are nowhere near being willing to actually do the work to address what is our collective, national shame.

These are dark days. And yet, I stand by my statement that it gets better. I say that, I believe that, not just  because of Judaism’s ethics, but because of its history.

One of our assignments for a class in rabbinical school was to compile a list of 25 notable events in Jewish history. I will not ask you to do the same, but try and think of three or four events — any time up until the 20th century. Now take your list and consider, how many of your events were negative? I know it wasn’t much time but try and think, what are 3-4 positive Jewish events prior to 1900? I assure you there are plenty, but for many of us we are far more likely to think of the Inquisition or the Crusades than the Charter of Boleslav V (Invitation for Jews to reside in Polish kingdom, 1264) or the founding of the first American synagogue (Mill Street Synagogue in New York, 1730).

But usefulness and accuracy are not the only issues with the joke. Grammatically it is a bit unusual — it is all in the first person. They tried to kill us, we won, let us eat. The only part that actually applies to us personally and literally is the eating. Why does this matter? Well, because if you spell it out, during these events — the destruction of the Temple or the uprising that ultimately was commemorated with Chanukah, Jews were killed, by the thousands. What we now celebrate as holidays were unimaginable disasters and crises of the time. If we want to render the joke accurately it should be “They didn’t kill enough of them, so they won, let us eat.” It is not a funny joke.

We joke about Jewish history because facing it is essentially unimaginable. On February 14, 1349 the Jews of Strasbourg in what is now France were marched to the Jewish cemetery and given the choice between being baptized or burned alive. Several hundred, maybe several thousand Jews died that Valentine’s Day and you’ve likely never heard of it — because what happened in Strasbourg happened 200 other times in those years. And what happened in those years happened countless other times in the years before and since. We joke about our history because it is too unbearable to comprehend.

But despite our history, or maybe even because of it, Judaism is ultimately optimistic. Our faith believes in a world that began, from the moment of creation, as broken shards that can ultimately be reassembled through our actions. For two millenia every day Jews from around the world, from Baghdad to Belarus to Brooklyn prayed that the destroyed walls of Jerusalem would be rebuilt. Prayed that a Messiah would arrive. Prayed. Despite the history, or maybe even because of it.

But there is a catch to Jewish optimism, and it is kind of a big one. Those Jews who prayed for Jerusalem to be rebuilt, their prayers were answered, but only centuries after their death.

Jewish optimism is predicated on the idea that it will be ok, that it will work out, that things will get better for us, but maybe not for me. Jewish optimism requires feeling connection not just with family, with friends, with Temple, with Jewish Memphis, with the Reform Movement or American Judaism or our partner community in Shoham, Israel but with every Jew in every corner of this world. And we can further extend that connection to every person of every faith and of no faith. And Jewish optimism requires putting faith and hope and investment in our collective future, even over our own.

As they say past performance is no guarantee of future results, but with enough data points you can become more confident in making a prediction. Looking at Jewish history, I see an incredibly unlikely story of survival. If you read the Torah you will read about Edomites and Moabites, Horites and Ammonites. What ever happened to them? After being conquered and reconquered enough times, these groups faded away, and the Israelites should have too. But somehow, this small and scrappy collection of tribes survived all of that. They picked a fight with Rome and somehow two millenia later, we are here and they are not. They survived inquisitions and ghettos, survived Treblinka and Auschwitz. Even when the days were so dark it was night, it did, inevitably get better. Looking at our history shows us that through all of the horrors, Judaism survives, even when Jews do not.

And this history can help us make sense of the senselessness we find ourselves in now. Despite the darkness of the day, on the whole, it will get better.

It will get better, even if it does not for you, or for me. Earlier we recited Unetaneh Tokef: “On Rosh Hashanah this is written, on the fast of Yom Kippur this is sealed: How many will pass away from this world, how many will be born into it. Who will live and who will die.”

This prayer reminds us that, as a whole we will survive, but as individuals there is no guarantee. A lot of people might find this depressing – I warned you Jewish optimism is a bit depressing – but there is another way to understand this liturgy. We are creatures of routine. Year after year we say these words and expect to complete the cycle and return again. But each and every one of us will have a last Rosh Hashanah and a last Yom Kippur. It might be this one. For some of us it is this one. That is not an easy idea to consider.

Rabbi Dr. Michael Marmur describes Yom Kippur as a “scandalous day” that many of us find “too difficult to bear.” So instead, Dr. Marmur notes, “we busy ourselves with the business of fasting . . . obsess over seating arrangements or eating arrangements.” Others “allow the nostalgia of tunes and prayers to mask the uncomfortable implications of the day.” Unetaneh Tokef reminds us we might die, maybe before we are ready, and we talk about how beautiful the music is.

I mentioned Jewish optimism has some nuance and there is one last qualification. It is not strictly inevitable that it gets better. Jews had to actively participate in order to shepherd the faith through the centuries and ultimately into our possession. Those Jews praying in the Middle Ages for a Jewish state – they had to keep praying and keep hoping even when it seemed unlikely. And they had to teach their children to maintain that hope. Those who survived and were banished from Strasbourg after the St. Valentines’ Day Massacre had to decide, wherever they ended up, that it was worth building a new synagogue to worship their God and that it was worth bringing their children up to do the same, despite or perhaps because of what they had survived.

And that leaves us here to consider our role. Unetaneh Tokef reminds us we never know if this is the last time we will cycle through our calendar. It also ends with a charge: “But, through return to the right path, through prayer, and through tzedakah – through justice – we can transcend the harshness of the decree.” That does not mean we can avoid dying – we know we can’t. It means that through self-reflection, through prayer, and through action we can live a life that matters. That it will get better because of, and not despite of, all of us.