In-Person in the Greenstein Sanctuary

Please leave all food and drink outside of the Sanctuary. 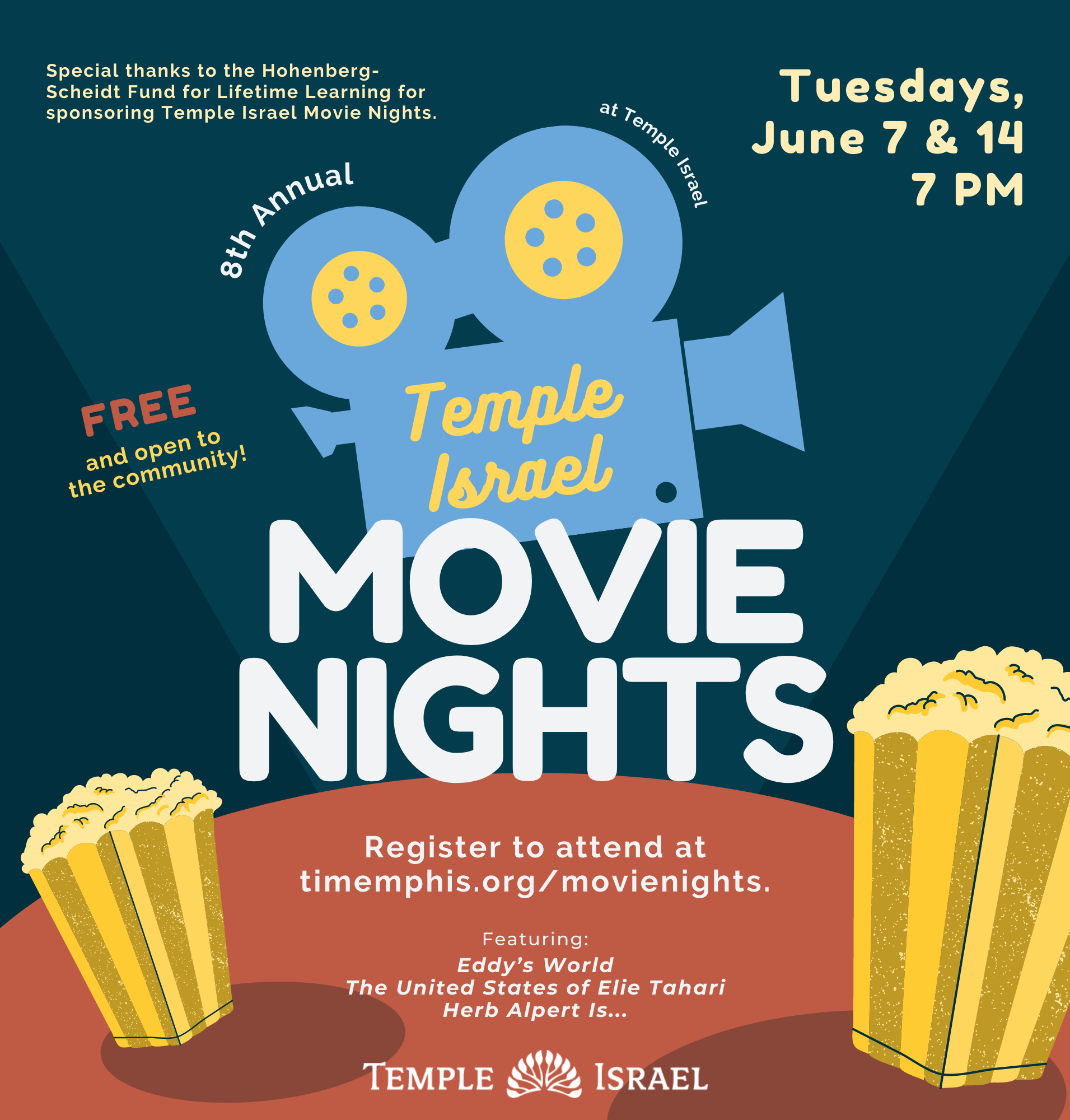 Temple Israel is thrilled to bring the following fantastic films to our congregational family! The complimentary films will be screened starting at 7 PM in the Greenstein Sanctuary.

Bring your friends and come early to enjoy complimentary Mempops at both screenings starting at 6 PM in the Atrium Under Glass!
Temple Israel Movie Nights are open to the community.

Tuesday, June 14 | 7 PM
Herb Alpert Is…(113 minutes)
Herb Alpert Is… is a documentary about the life of the musician, A&M Records co-founder, and latter-day philanthropist, painter, and sculptor.